The closed line to Nasr City is currently being converted into a new highway (for fast buses…). As visible in this photo by Mohammed Farid sand is dumped onto the track. Presumably a tarmac top is next (how long will it take before the surface breaks up and the old tracks re-appear)… Very strange. The old overhead also survives. 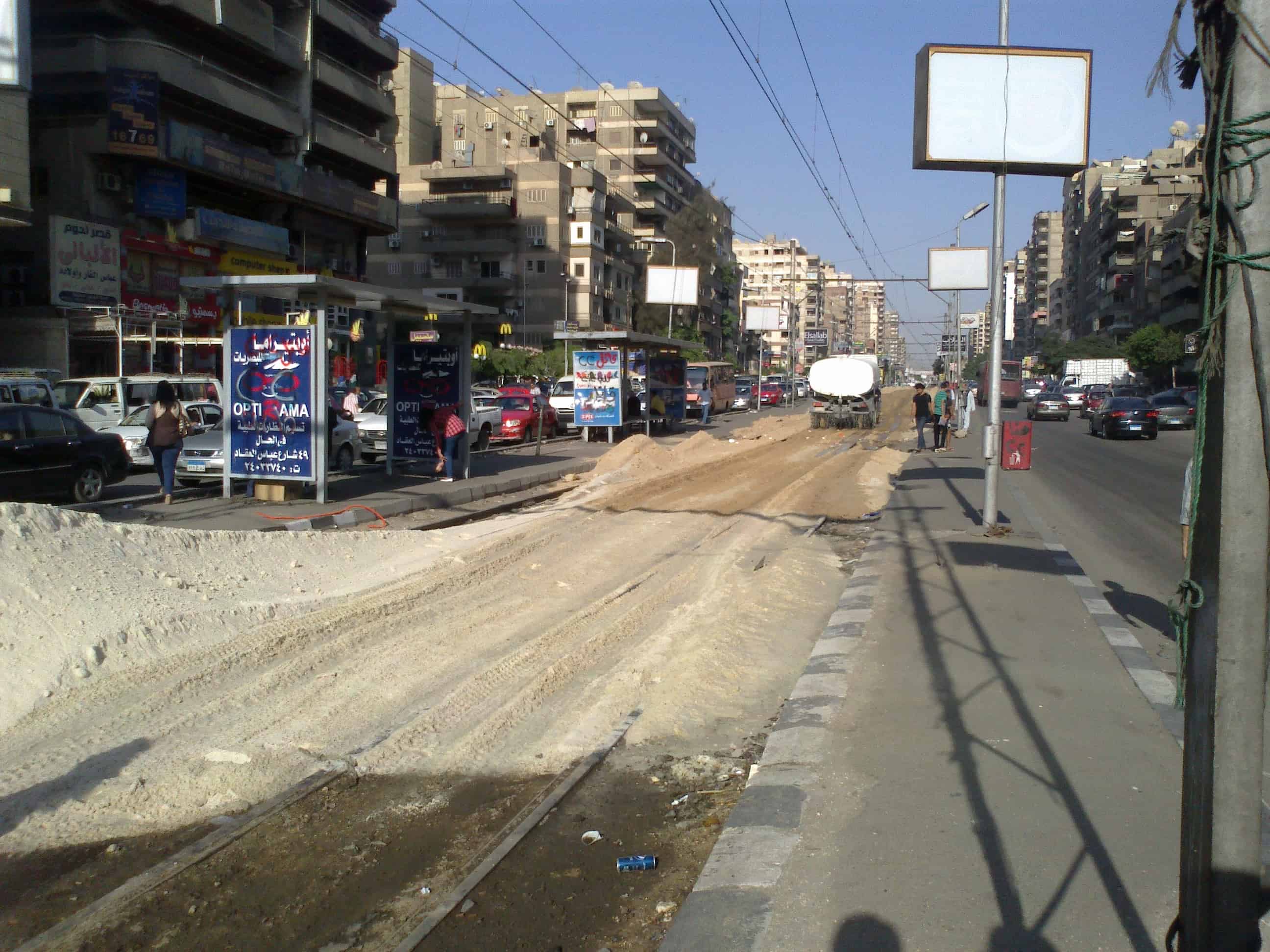 On the still active tramway only the following three lines are currently operating (i.e. there is no service on the main Heliopolis line to Ramses railway station):