Ever since our visit to Cairo in 2010 I have tried to follow the current situation of the trams. Not easy these days! With some local help (isn’t it wonderful we have the internet to find new contacts and make new friends…) we bring you a short update. Photos and maps (unless otherwise credited): M. Farid. 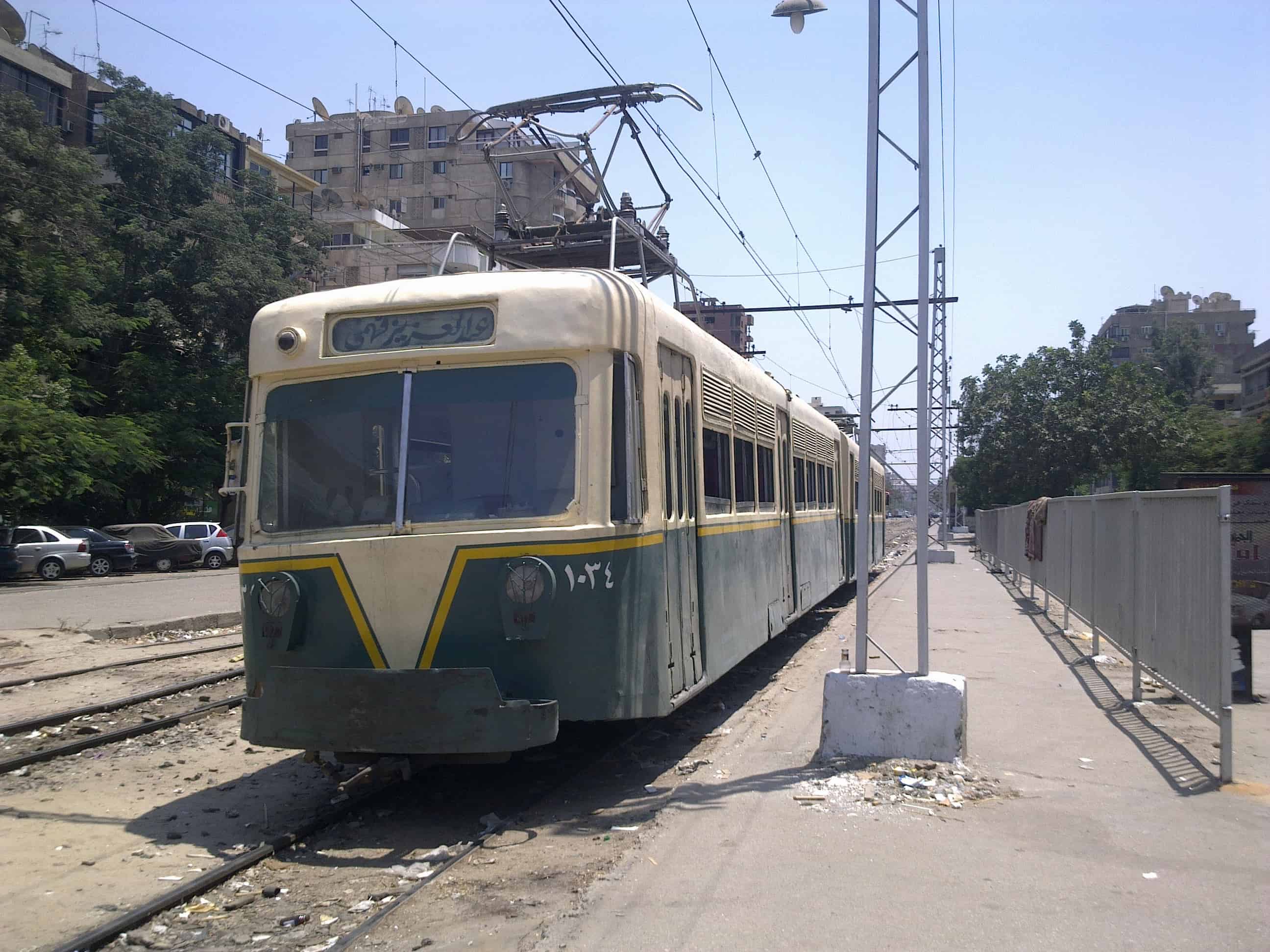 Here is a drawing of the tramlines serving Cairo & Heliopolis (which is part of Cairo) – click to enlarge (the single track depot connection from El Matareya to Sawwah depot is not shown – there is no passenger service on this track): 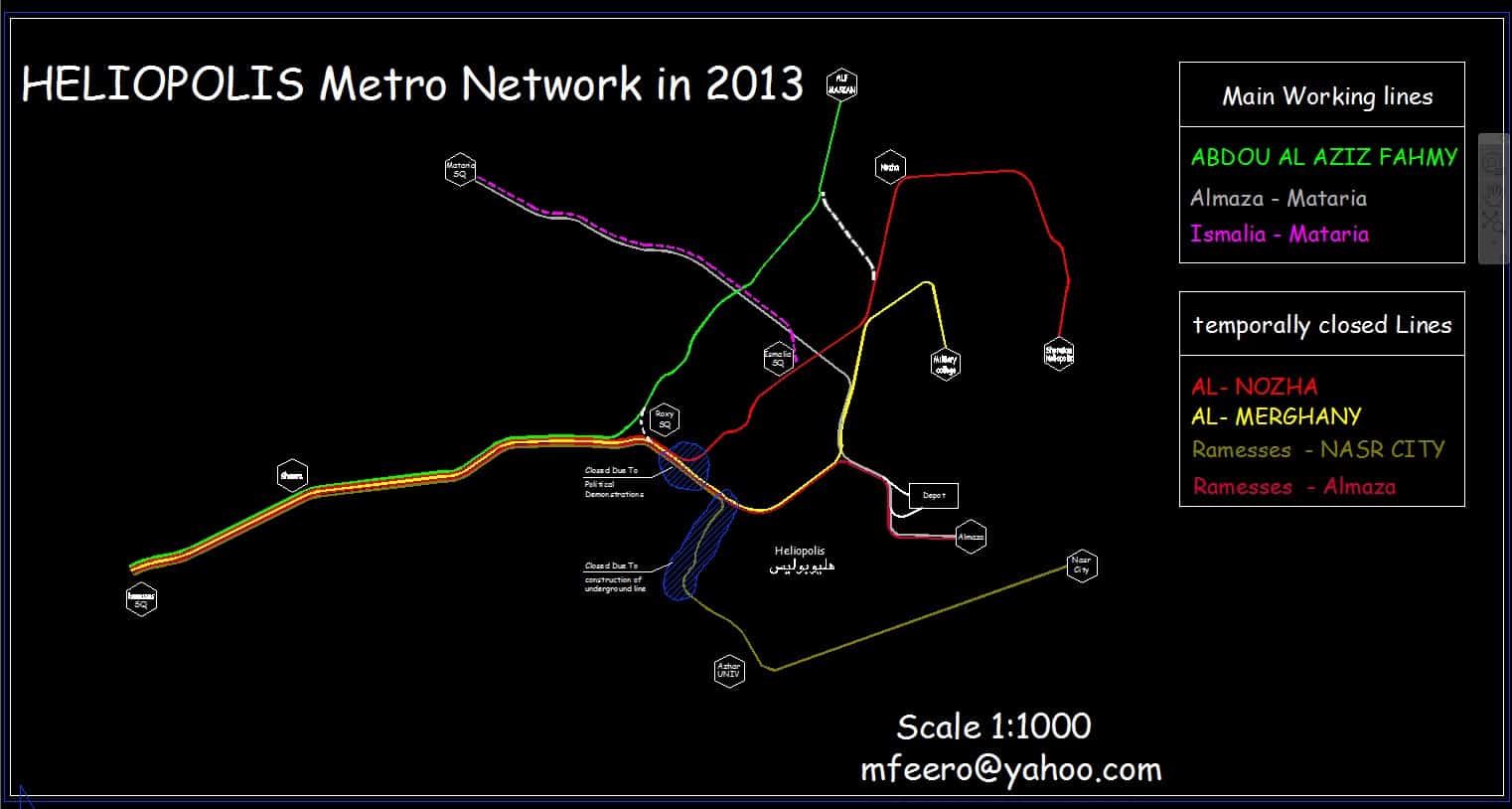 In early 2013 there are very few lines actually operating:

GREEN LINE to Merghany (the terminus is actually at Alf Maskan Square – Merghany was the previous terminus further south) using 3 two-car sets only! 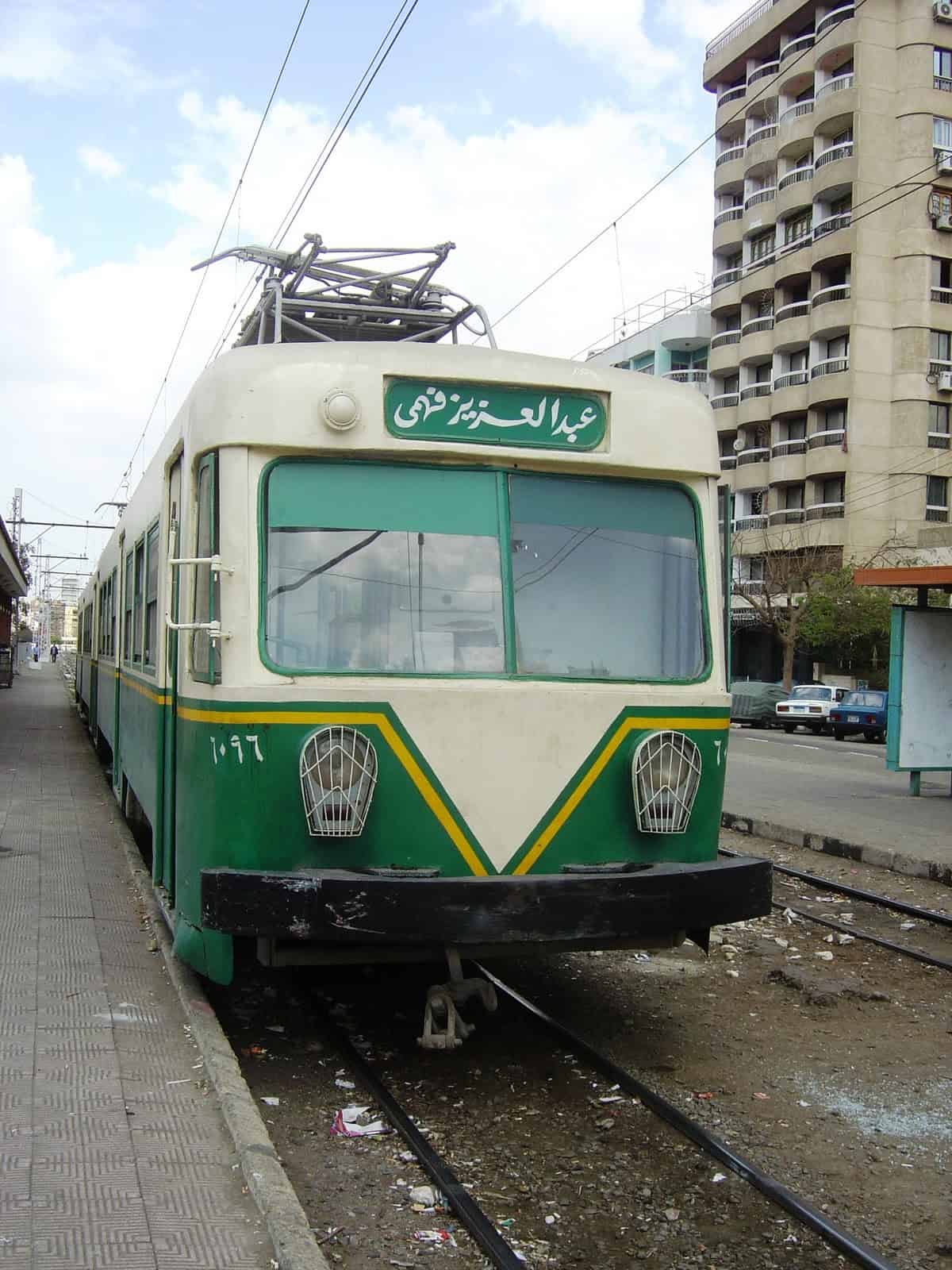 Above: Most of the fleet (city and interurban) has now been repainted into this “new” livery (similar to what the interurbans carried but more green than blue). The city cars operate out of Sawwah depot (close to the Post Said road) and a long way away from the El Matareya terminus and the interurban cars out of Almaza depot. Here we see city car 6096 at Merghany (this is just short of Alf Maskan Sq.) terminus of the GREEN interurban. Indeed, the car is now permanently labelled for this service which seems to indicate that the two separate fleets are being merged (probably because the interurban cars are rather worn out – all their three-car trains have been robbed of the centre trailer cars).

The line to Nasr City is still closed (it was also closed in 2010 when we visited) because of ongoing building works for the line 3 metro extension. This new metro line will go via Alf Maskan Sq. to the international airport and the GREEN interurban may very well be cut back to the original terminus at Merghany.

Spelling of the different areas and names of the termini is tricky. Translation from different languages results in different spelling! Maximilian Dörrbecker uploaded the following two maps of 1996 (a track map and a line diagram) to Wikipedia (Wikimedia Commons License): 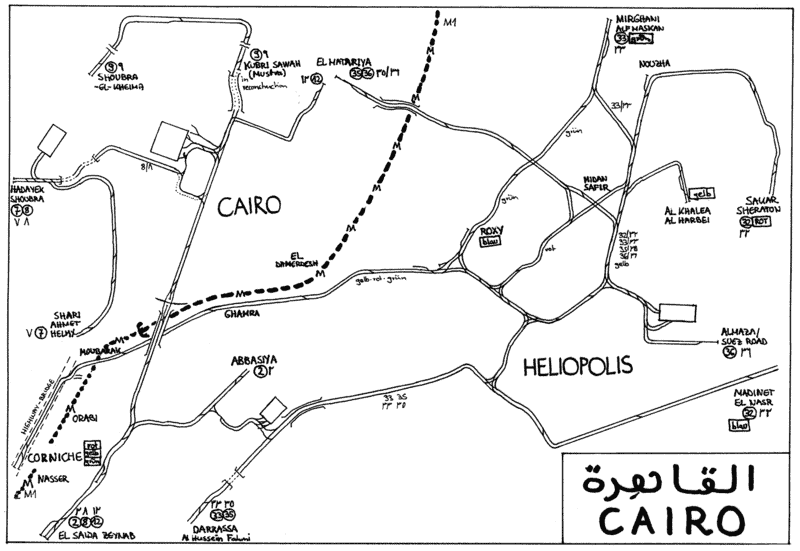 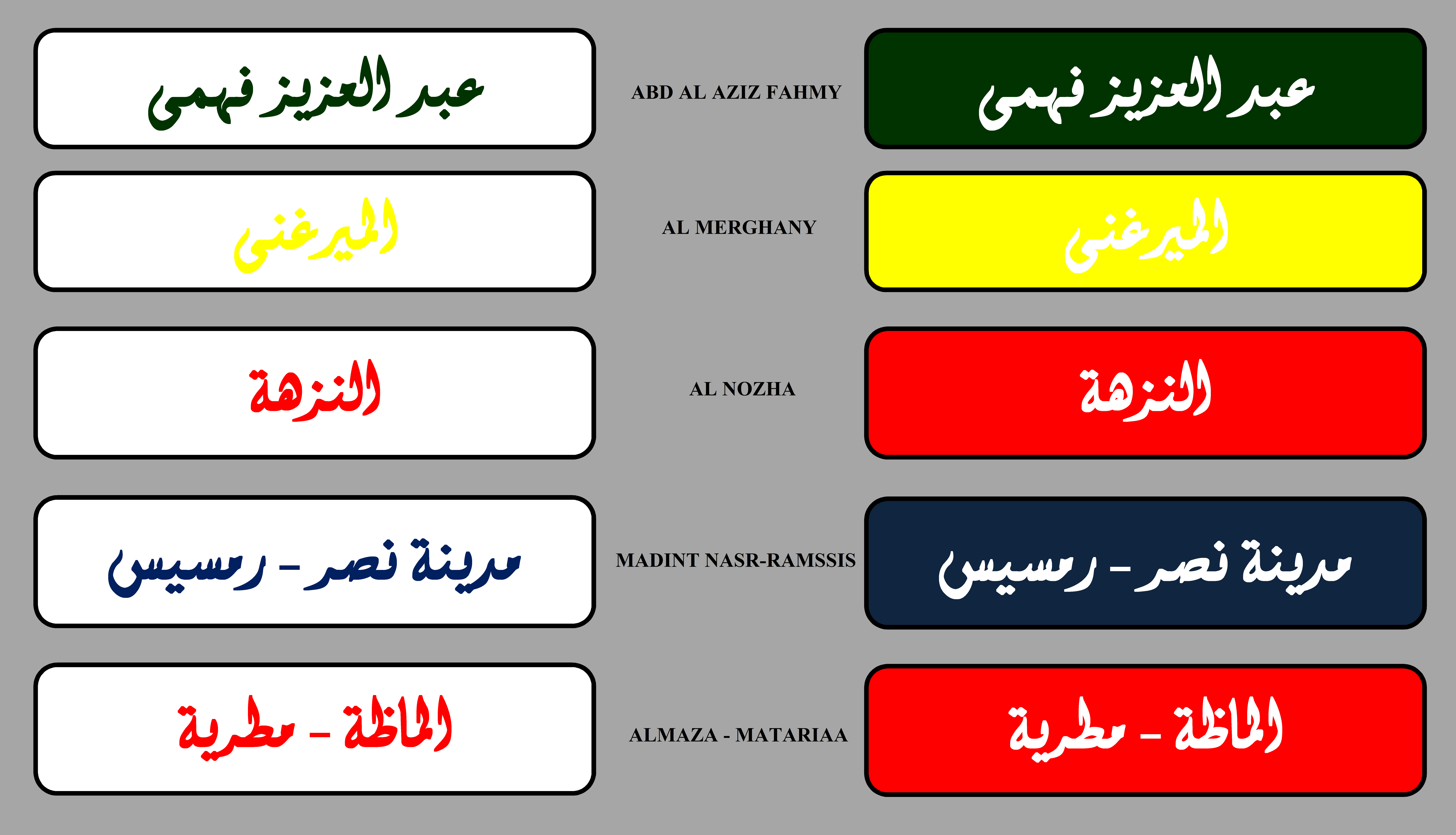