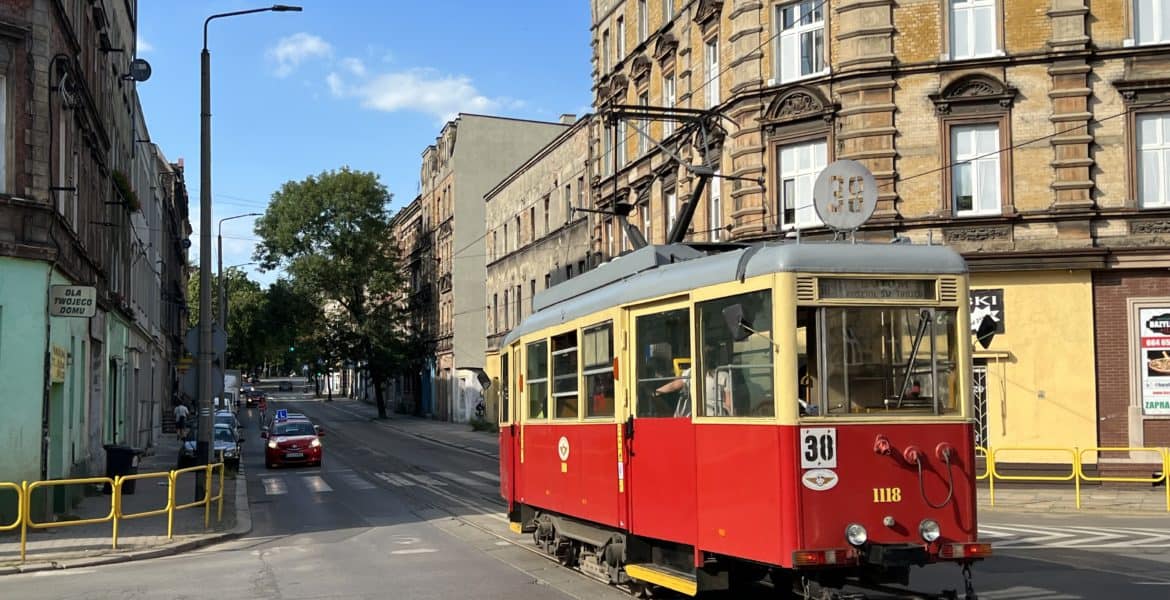 As usual we present a selection of photos taken during our travels.

At the end of August we managed to do a few photos showing the U-Bahn (metro) and S-Bahn (suburban electric) in Hamburg – making use of the 9 Euro Germany-wide monthly pass.

In July we visited Lodz again and then also spent a few days in and around Katowice. Many lines closed for modernisation in both destinations.

At the end of May we attended the big event in Brussels: 40 years of the Woluwe tram museum. Many of the museum trams operated around the museum for free and the guest star was an old Brussels steam loco #8 that was brought over from a UK museum railway just for this event. Lucie – a former steam tram engine of the East Brussels Tram Company – has recently been returned to service at the North Yorkshire Moors Railway. Built by John Cockerill in 1890 it ran alongside sister #7 between Saint Jose Place and the Cemetery in Evere. When the SNCV took control of the tramway they converted it to metre gauge and it was sold to the Vielle Montage Mining Company (where it operated as “Lucie”). This visit also allowed us to see the Premetro once again. It will be converted to full metro (line 3) in the next few years (work is already underway). It looks like the existing ramps and tunnels around South Station for the tramlines that will not be converted will remain (a new metro tunnel being built to avoid these sections that have very tight curves). All other Premetro sections will remain tram.

On the way back home a repeat visit to the great transport museum in Liège (Luik/Lüttich) was achieved. Much to see there (they had a number of operators in that city) and they seem to re-arrange the exhibitions from time to time. A new tramline is being constructed in Liège (not near the museum) and a mock-up of the new CAF trams is on show at the museum (as is the prototype of the strange Mini-Metro cars for the never built TAU Metro line that was planned in the 1980s).

Our travelling season started quite late in mid May. We went to Gothenburg (via Aarhus/Grenaa – little time for photos there this time as we had to catch the ferry) to bring back some collectors items (signs, blinds etc.) from the M28 cars that are being scrapped. With the M28s retired (resulting in a shortage of rolling stock that means two lines overlapping with other lines are not operated during the week) and the similar looking M29s no longer allowed to run as single cars the appearence of this large tram system is now greatly changed. Only a small number of M29s could be observed in service. The museum fleet is still very strong and these cars are often hired (plus run in service on Saturdays in the summer). We spent some time at the tram museum and managed a few rides with the museum fleet. The new Bombardier (now part of Alstom) cars (both single and double ended versions) are now in service and the 80 extended M31s (originally M21) will have their life extended once more in Ostrava (in the ex Ostrava central workshops – now part of Skoda). On the way back from Gothenburg we managed a short look at Landskrona and Lund (trams only run every 15 minutes and it is difficult to follow the line by car – so just a few pics this time). We also went thorugh Odense but that day no test running was taking place (the line has since be opened).